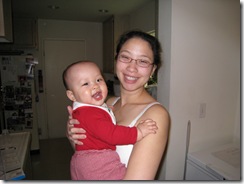 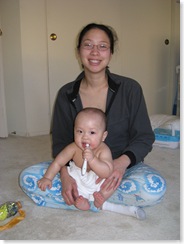 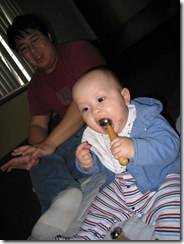 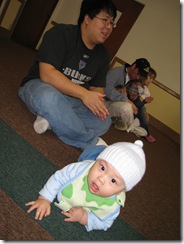 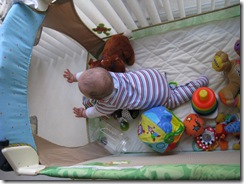 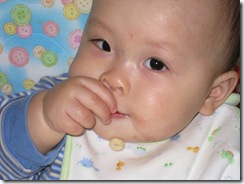 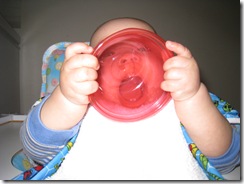 The video speaks for itself. 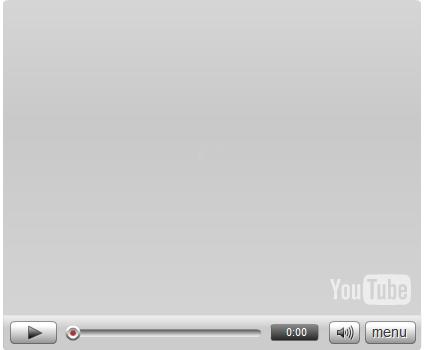 So, Caleb is learning to crawl.  Here’s some running commentary on one of his attempts.

I’m tired of playing with my ball. I see you, kitty. 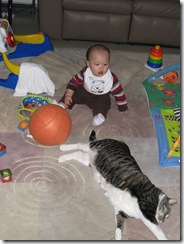 I’m gonna get you, kitty. 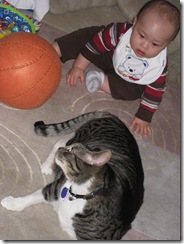 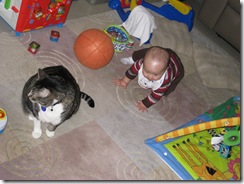 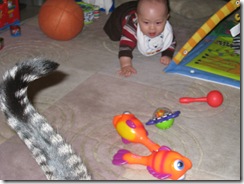 OK, so Caleb isn’t that fast yet.

We’re trying to start the discipline of setting time aside for family devotions. 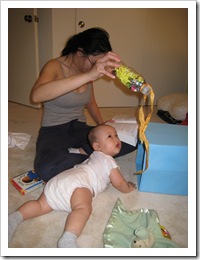 It’s been quite interesting for all of us.  Either Chris or me reads and the other tries to stop Caleb from eating the Bible.

Caleb officially has 8 teeth now. His bottom side incisors came in next. His top central incisor truly came in dead last out of all 8, but it’s here now.

It’s been a rough, fussy week for Caleb. He’s had it tough with these 6 teeth coming in… and having a cold/flu, constipation, etc… Please pray he starts sleeping well again. This mommy wants to enjoy sleep again.

Here’s a picture of my not-so-happy Caleb. Unfortunately, this has been his face of the week. 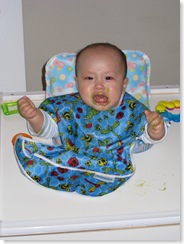 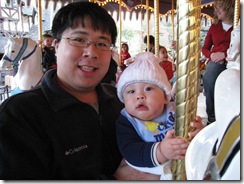 Caleb’s already pulling up. He started doing that before he was even crawling. Here’s a pic of him standing. 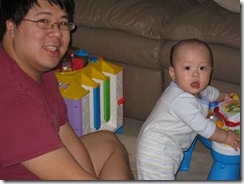 So, in 2nd place is… the left incisor just adjacent to center one that showed its tip 2-3 days ago. In a close 3rd place is… nope, not the other center incisor… but the tooth to the right of it. That right central incisor is coming in dead last, but not by much.

Our baby has 5 teeth already with the 6th almost here. only 14 more baby teeth to go, Caleb!

I tried to get a picture of his mouth, but was unsuccessful. His upper gum is sooo swollen. Looks pretty painful to me.

So Caleb recently turned 7 months. Right before 4 months, he got his first 2 teeth. We’ve seen no teeth activity since then until this past week or 2.

Tooth #3 has finally arrived… top left central incisor. It actually reared its pointy edge 2 nights ago, but poor Caleb’s gums have been so inflamed & swollen that I couldn’t feel the edge anymore for the last 2 days. Today, it’s made its obvious appearance. But wait! It’s not alone. Teeth #4, 5, and 6 are right there waiting for their turn. Caleb is getting his top 4 teeth all at once!!! Some infants get 1 tooth at time; some get 2 at a time. Our baby, though, has decided that cutting 2 teeth at a time is for wimps. He’s going to do 4 at a time. Way to go, Caleb. That’s how to take this whole teething business head on. 🙂