We have not been to Disneyland in over two years.  The last time that any of us went to Disneyland was for our anniversary in 2008.  Not much has changed at Disneyland except for the price.  When we first bought our annual passes from Disneyland 7 years ago, it cost $99.  Now it costs $239.  Now I remember why we stopped going to Disneyland.

Well, now we have passes again.  And believe us, we are going to put them to good use, even if it means our kids are messed up from lack of sleep.  Last time we went to Disneyland, Caris wasnâ€™t even born yet.  So itâ€™ll be the first time at Disneyland for both Caris and Chloe.

Chloeâ€™s in an Eeyore outfit. 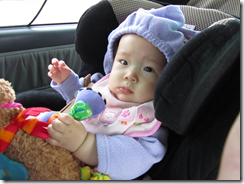 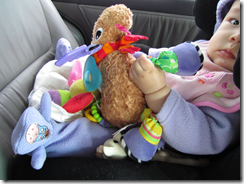 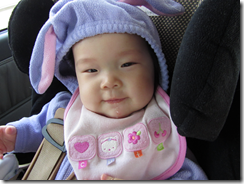 Driving down the I-5 to get to Disneyland.  Since thereâ€™s no traffic now, weâ€™re not in Orange County. 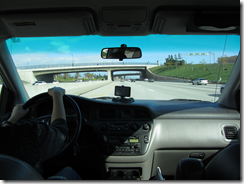 Caleb & Caris sitting in a single seat together. 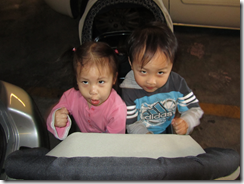 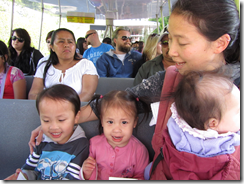 They are looking forward to Disneyland. 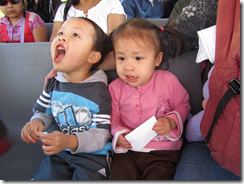 When we were going to Disneyland regularly years ago, Sunday was usually a good day to go.  Not too many people usually, and not many long lines for rides.  But for some reason, on this Sunday, everyone and their mom decided to go to Disneyland.  We first went to Autopia, but the wait for the ride was 55 minutes. What are all these people doing here?  We pick up the fastpass at Autopia for 7:05.

Caris & Chloeâ€™s first ride will have to be Itâ€™s a Small World.  The wait is only 30 minutes.  Still too long for our kids, but manageable. 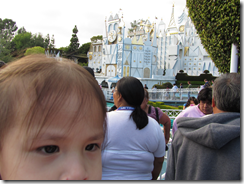 Here are some ducks just chilling on the grass. They remind me of my cats. 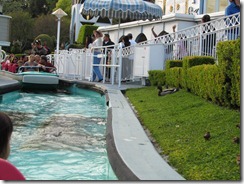 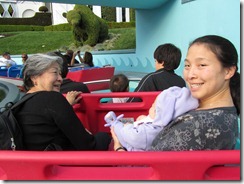 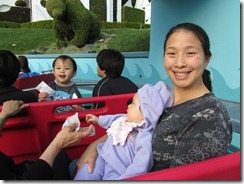 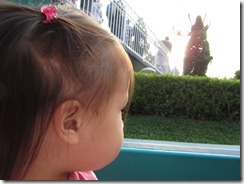 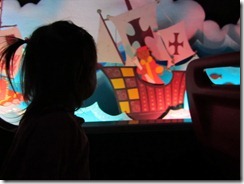 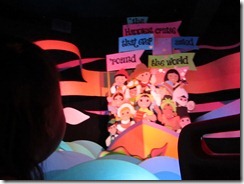 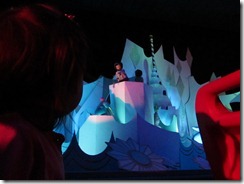 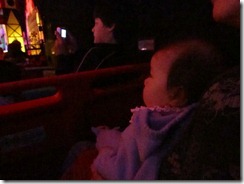 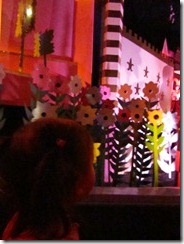 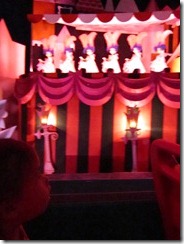 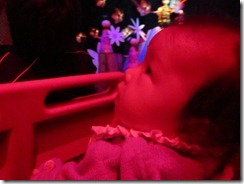 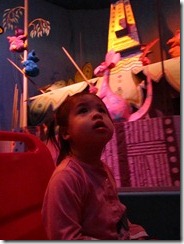 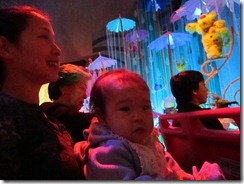 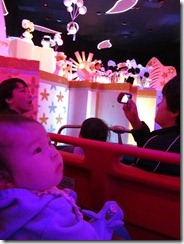 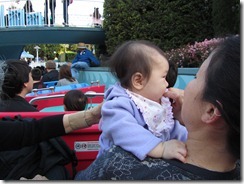 We decided to let our kids run around in toon town for a bit. 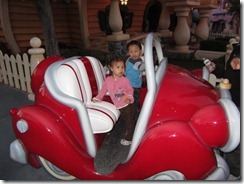 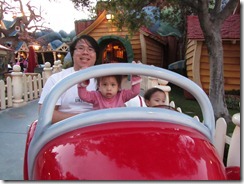 We were able to eat dinner here and then attempted to go to Autopia once again with our fastpasses in hand before we headed home.  However, we were to be denied.  When we arrived at the entrance of Autopia, they told us they had shut down the ride and it was unknown how long it was going to be shut down.  We had been hyping this up for Caleb the whole time.  Caleb took it well.  I think we were more disappointed than he was.

So we decided to take the train next to Autopia and start to go home.  As weâ€™re waiting at the train station, not more than 10 minutes pass, and Autopia reopens.  We see a flood of people going through the line.  I hate you, Disneyland.

At least we can go back to try to get on Autopia.  Caleb has his own pass too. 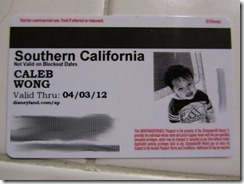 3 Replies to “It’s a Small World After All”